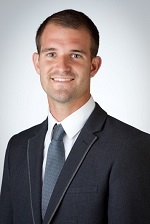 Hired in July 2016, Duffy comes to Concord after serving as an assistant coach at Queen University in Charlotte, North Carolina for the last two seasons. At Queens, Duffy helped guide the Royals to a 19-15-4 record. During the 2015 season, QU finished third in the South Atlantic Conference and was ranked in the NCAA Division II Southeast Region throughout the campaign.

Prior to his stint at Queens, Duffy was the assistant men’s soccer coach at Lenoir-Rhyne in Hickory, North Carolina from 2012-2013. During his time at L-R, the Bears went 15-15-5.

Throughout his four-year career as an assistant coach, Duffy is responsible for helping six student-athletes achieve all-conference honors.

The Wakefield, England native, Duffy, also brings a wealth of coaching experience outside of NCAA-sponsored athletics after serving as the academy director of the Premier UK Soccer Club in Statesville, North Carolina that is directly tied in with West Ham United of the English Premier League.

What may be the most impressive item on Duffy’s resume is his success as a college soccer player at Lees-McRae in Banner Elk, North Carolina from 2008-2011. As a sophomore, Duffy led Lees-McRae to the Division II National Championship game. In the 2009 season, Duffy was a First Team All-American and was also a consensus first team all-region pick. He was named the Conference Carolinas Tournament MVP as a freshman in 2008 and was on the all-tournament team all four years. Additionally, he was an all-conference and all-region player all four years of college becoming just the second men’s soccer player at LMC to be named all-conference every season throughout a career.

Lees-McRae compiled a record of 63-17-9 in four years with Duffy suited up, and it also won three conference regular season and tournament championships as well as appeared in the NCAA Division II Tournament all four seasons.

Duffy is married to Nikki Duffy, together they have a two-year old son, Oliver. 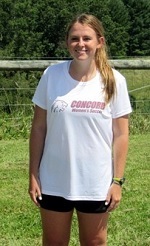 Sarah Mahar is beginning her first year as a Graduate Assistant Coach for Concord University Women's Soccer in 2016 after graduating from Lees- McRae College.

The Jacksonville, Florida native was a four-year starter at forward for the Bobcats, appearing in 72 games while earning 67 starts over that time span. Mahar notched 26 goals and 17 assists for a total of 69 points while at LMC. Her 15 career game-winning goals helped Lees-McRae compile a 26-14-2 record in Conference Carolinas play over her four years.

Her six game-winning goals during the 2013 season place her in a tie for fourth on the LMC all-time single-season list, while her 15 career game-winning goals rank her third all-time in program history. She was an All-Conference Carolinas first team selection in both 2012 and 2013 and was also a third team NSCAA All-Region pick in 2013.

Mahar also helped lead Lees-McRae to two Conference Carolinas regular season championships in 2012 and 2013, she graduated with a degree is Elementary Education May 2016 and will work on her Masters in Health Promotion at Concord.